There is an important philosophical difference between me and my opponent. But I need you to understand that it's a political difference, not a moral one. My opponent is a good, honorable, intelligent man, with a distinguished career in the Alpine School District. This is widely known, and the fact that he and I have a few political differences doesn't change it. Neither does anything that may have been said or written by third parties interested in the race.

The short explanation is, there are two ways to look at a school board. I'll call them "collaboration" and "representation," but I almost don't want to, because each includes some of the other. The difference is in how we balance them and which we put first.

Maybe 80 percent of the business which comes before the school board is uncontroversial and routine. On these matters the board can and should be unified and collaborate efficiently with the administration. No responsible school board member would try to obstruct everything.

In the other 20 percent of the board's business, representation is more important to me than unity. I know that debating and discussing important issues seriously and in public can be messy and chaotic. It makes a lot of us uncomfortable, because it's not what we're used to at work, at church, or in some of our other activities. But it's how representative government works. It's how it has to work, if all the people's competing views, needs, experiences, and interests are to be represented, and if the people are to know they are represented and also understand what goes into the board's decisions. This is especially true in fundamental things like the district's mission, vision, values, and goals.

I'm sure my opponent values representation as an essential part of a school board member's role. But based on his own words, at his campaign web site and in the one public event of this campaign (see below), he puts collaboration well ahead of representation. In this model it's less clear that the school board is in charge, and the board tends to avoid important but divisive issues, so everyone can get along. It may ignore or suppress important voices in the debate in order to avoid division. This may be a useful model in other areas of life, but it's not government by the people, through their elected representatives.

In the Alpine School District, the effect of this model is that the many of the people feel that they are not in charge, and that the district is unresponsive to their needs and values. Maybe that's because, in this collaborative model, the board ends up being managed instead of representing and governing.

THE CODE OF CONDUCT

At his campaign Web site, my opponent mentions his dedication to the school board's unofficial code of conduct. Where the code came from and why it's unofficial are subjects for another time. In any case, it's a single page, and you can read it at the district Web site. It is more appropriate to collaborative management than to representative government. What it leaves out makes it inadequate for a body of representatives elected by the people to govern their public schools.

The code advocates unity, but never mentions representing the people.

At the candidates night at Shelley Elementary in American Fork last Thursday evening, the moderator asked this question of all six candidates (four for county commission, plus my opponent and me for school board).


What's the biggest need, the biggest problem that you see in the county or on the school board, and how do you plan to address that?

Here is my opponent's answer, transcribed (like the question) from an audio recording of the event. It is complete, except for a few omitted uh's, um's, and similar things which commonly occur when we speak but don't look good in print.


I think that one of the biggest needs on the school board is to adhere to the code of conduct, that the board membership should adhere to. Whenever a board member is sworn in, he or she agrees to do the following: serve with dignity and integrity -- I'm sharing a list of things here -- ethical conduct, value diversity and some others. Be open and approachable, listen to one another, speak your perspective, support both the board, the superintendent and staff, keep confidences, avoid surprises, air your dirty laundry out behind closed doors, not out in public or in the media, but behind closed doors. It doesn't mean you can't have differences of opinion, but those differences of opinion should be settled in private, and then when you come out as a board, you come out as a unified group. Sometimes you win, sometimes you don't as a single board member, but you come out as a unified group when you come.

Most of the items he lists from the code are direct quotes, and most of the rest are good paraphrases. But there is no reference in the code of conduct to airing your dirty laundry in public. And it's probably important that a school board member's oath mentions the United States Constitution and the Utah Constitution, but no other document.

WHY TOO MUCH EMPHASIS ON UNITY IS A PROBLEM

If there's no unity, nothing gets done, not even the uncontroversial 80 percent of business. But if we emphasizes unity too much on the school board, the people lose their representation. When that happens, the school system starts to think of the people only as consumers, not as the ones who also are ultimately in charge. This is a problem, because in the United States, all political power comes from the people. They delegate parts of it to various types and levels of government, including the Alpine School District, and they elect their representatives to the school board to govern their public schools.

This representative model is chaotic, because there's no single, individual authority under whom elected representatives can be unified, as there is in a band, a sports team, or a church. There are thousands and thousands of authorities, each with an equal vote and an equal right to be heard, and each with a different set of viewpoints, needs, experiences, and interests. School board members individually and together are supposed to represent these complicated people. Members have different views and visions of their own, too, which actually helps them do that.

In our democratic republic we don't hide, avoid, or repress these differences. We respect them. We think they're important. We think discussing them openly leads to good government. We think that avoiding these discussions or holding them in private leads to unresponsive, ineffective government.

Intelligent board members with good intentions will disagree on some issues, and they will keep disagreeing after winning or losing a vote. Obviously, as a member of the board, whatever my views, I should avoid undermining the implementation of legitimate decisions made by a majority of the people's representatives. But hiding my views and my constituents' concerns, just because a majority of the board has voted otherwise, doesn't make me a good representative.

My opponent probably didn't actually mean Thursday night that we should debate, discuss, and settle policy differences "behind closed doors," away from the public and the media. That's not even legal. With only a few, very narrow exceptions, the Open and Public Meetings Act (Title 52, Section 103 of the Utah Code), requires that virtually every meeting of a school board to conduct virtually any sort of the people's official business must happen in public.

I'm not suggesting that the current school board is conducting business illegally behind closed doors. It actually tends to avoid a lot of difficult discussions instead. My attempts to begin such discussions during the last four years, in my role as an elected representative of the people, have been unwelcome. Repeatedly, I have been told that they are inappropriate, because they "undermine the administration." That's what the collaborative model does when it bumps against the representative model.

So this is our basic difference of opinion.

I envision an active, open, representative school board which discusses and debates and disagrees in front of the people it represents, and takes the leading role in setting the  district's mission, vision, values, and goals, and making sure they reflect the community's values.

My opponent prefers the school board to put unity and collaboration ahead of representing the people in all their diversity. That's why he thinks the school board's unofficial and inadequate code of conduct is so important. This excessive emphasis on unity and collaboration leaves the board to take its direction in some important matters primarily from the administration, and to avoid the messy business of representing the people and actively governing the district.

Again, this is a political difference about how a school board should work. It's important, but it does not change the fact that Dr. Burton is a good and honorable man. We simply have different visions.

This is why I'm running for another term on the school board and hoping for a majority of members who think similarly. This is why I'm asking for your vote.
Posted by Tim Osborn at 2:28 PM 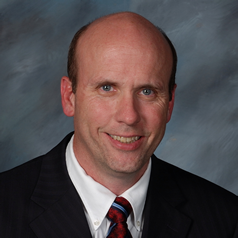 More about the campaign

Tim Osborn
Finishing first term on Alpine School Board. Employed as a manufacturing engineer in the aerospace industry. Active in trying to improve math and science instruction in the Alpine School District. Working to revise district mission, values, and goals to reflect the people's values instead of the establishment's.In sixth year as an American Fork High School Marching Band "band dad."